The Family of Woman Film Festival was founded in Sun Valley, Idaho, in 2008, by Friends of UNFPA Board Member, Peggy Elliott Goldwyn, to bring attention to the work of the United Nations Population Fund, which works in more than 150 countries to assure women and girls have access to reproductive health care, education and basic human rights. Stephanie Freid-Perenchio became Co-Director of the Festival in 2012, and stepped down from her position in 2018.

Five feature documentaries and dramas from around the world are presented each year, personalizing the status of women in different societies. The Festival has collaborated with many community organizations, such as Wood River High School, Community School, Hemingway School, The Advocates, I Have a Dream Foundation-Idaho, and The Community Library. Films premiered at the Festival have also been screened at a satellite Family of Woman Festival in Wilmette, Illinois, as well as at individual film screenings in Minneapolis and Seattle.

In 2014, the annual keynote address was named the Bonni Curran Memorial Lecture for the Health and Dignity of Women, in honor of a local philanthropist deeply committed to working on behalf of women and children around the world. In the same year, a new feature was added, Filmmaker Retrospective, honoring a previous filmmaker for their work. A collaboration with Boise State University was also initiated, bringing Festival films and speakers to the campus.

In 2015, the Festival launched a new partnership with Women Deliver, a leading global advocate for girls’ and women’s health, rights and wellbeing. POV Breakfasts, intimate discussions with international speakers, were added to the Festival events. In 2019, Friends of UNFPA once again became the Festival’s beneficiary and partner.

The Bleeding Edge, documentary from the USA

The Judge, documentary from Palestine, with producer and editor Sara Maamouri

I Am Not a Witch, drama from Zambia

Facing the Dragon, documentary from Afghanistan

On Her Shoulders, documentary, Global

Barbara Attie and Janet Goldwater were the Filmmaker Retrospective Honorees, with Mrs. Goundo’s Daughter, first presented at the Festival in 2010.

The Bonni Curran Memorial Lecture was presented by Mariarosa Cutillo, Chief of the Strategic Partnerships Branch of UNFPA, the United Nations sexual and reproductive health agency. She spoke on the theme of the Festival, “Women Still Waiting for Change”.

Bouwe-Jan Smeding, Senior Program Advisor in the UNFPA Humanitarian office, spoke at the Point of View Breakfast about his perspective on the internal crisis in in Yemen.

Suzanne Bowles and Naima Dido of Tostan spoke at a Point of View Breakfast about their organizations’s work in West Africa.

A special photographic exhibit was held based on a campaign by UNFPA. 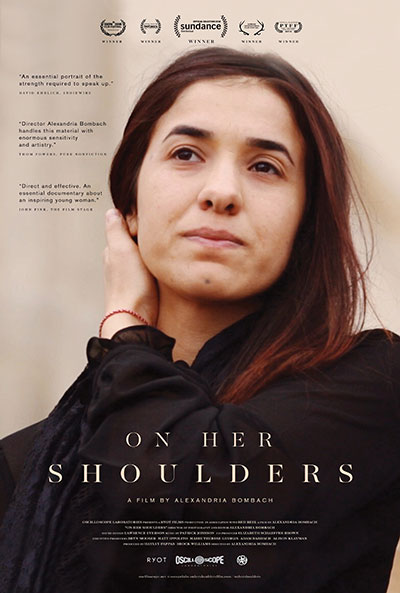 “Women On the Margins”

In Syria, drama from Syria, with Director Philippe Van Leeuw

Mama Colonel, documentary from the Democratic Republic of Congo, with Dr. Henia Dekkak of The United Nations Population Fund

Jennifer Redfearn was the Filmmaker Retrospective Honoree, with Sun Come Up, first presented at the Festival in 2009.

Maria Cavalcanti, President and Chief Executive Officer of Pro Mujer, delivered The Bonnie Curran Memorial Lecture for the Health and Dignity of Women.

Susan Sygall, MacArthur Fellow and CEO and Founder of Mobility International USA (MIAUSA) was a scheduled POV breakfast speaker, whose appearance was cancelled due to a snowstorm.

We Celebrated our 10th Anniversary

The Apology, documentary from China, South Korea, The Philippines, with Director Tiffany Hsuing

The Eagle Huntress, documentary from Mongolia, with Producer Stacey Reiss

No Le Digas a Nadie (Don’t Tell Anyone), documentary from the USA, with film subject, Angy Rivera, and director Mikaela Shwer

Sedika Mojadidi, was the Filmmaker Retrospective honoree, with Motherland Afghanistan, first presented at the premiere Festival in 2006.

Sarah Costa, Executive Director of The Women’s Refugee Commission, delivered The Bonni Curran Memorial Lecture for the Health and Dignity of Women.

Christian DelSol of The United Nations Population Fund, presented the Virtual Reality film, Born Into Exile to audiences at The Community Library in Ketchum and The Community Campus in Hailey.

Two bonus feature films were shown at The Magic Lantern in Ketchum, Mustang, drama from Turkey, and Where Do We Go Now, drama portraying a fictional country in the Mid East. 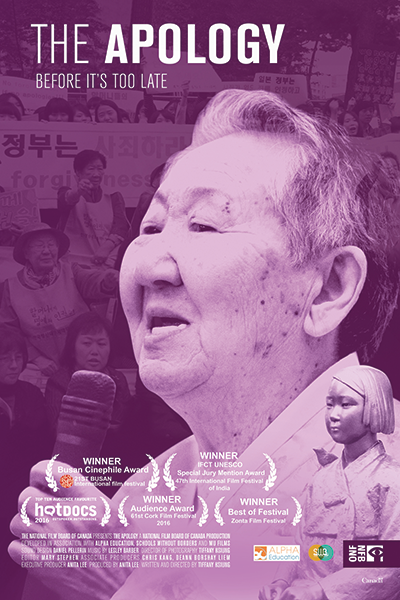 The Sound of Torture, documentary from Israel and the Sinai desert, with Meron Estefanos, the subject of the film

The Hunting Ground, documentary from the United States, with Amy Herdy, Investigative producer of the film

Dreamcatcher, documentary from the United States, with Brenda Myers-Powell, Stephanie Daniels and Temeka Funches, subjects of the film

In her role as Founder of Every Mother Counts, Christy Turlington Burns also delivered the Bonni Curran Memorial Lecture for the Health and Dignity of Women.

Due to illness, the second POV Breakfast speaker, Sarah Costa, Executive Director of the Women’s Refugee Commission was rescheduled for 2017.

The Supreme Price, documentary from Nigeria, with filmmaker Joanna Lipper, and Hafsat Abiola, subject of the film

#chicagogirl, documentary from Syria, with filmmaker Joe Piscatella, and Alaa Basatenah, subject of the film

Mohammed Naqvi was also honored as the Festival Retrospective Filmmaker, re-showing Shame, which was first presented at the 2008 Festival.

Jill Sheffield, President and Founder of Women Deliver, was the Bonni Curran Memorial Lecture for the Health and Dignity of Women speaker.

Two POV Breakfasts were inaugurated featuring Elizabeth Scharpf, Founder of Sustainable Health Enterprises, a social enterprise addressing girls’ and women’s lack of access to affordable menstrual pads in Africa, Asia and South America, and Jennah Scott, Director of the Liberia Philanthropy Secretariat in the Office of the President of Liberia.

Boise State University presented The Supreme Price, with filmmaker Joanna Lipper, and Hafsat Abiola, the subject of the film, as well as Sepideh, with filmmaker Mona Rafatzedeh and former astronaut, Barbara Morgan. Elizabeth Scharpf also spoke at BSU at a separate event.

At a satellite festival in Wilmette, Illinois, three films were shown: India’s Daughter, with filmmaker Leslee Udwin, #chicagogirl, with the film’s subject, Alaa Basatneh, and The Supreme Price. 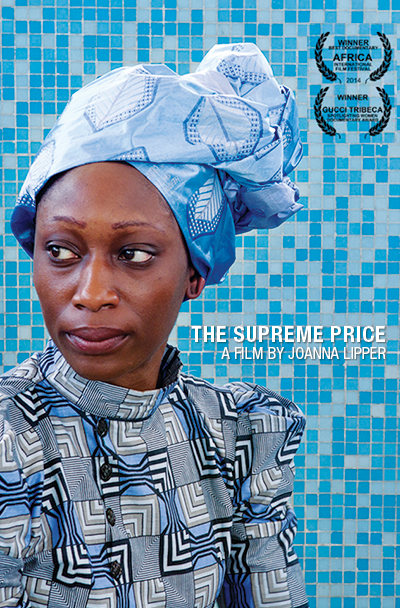 Anita, documentary from the United States with filmmaker Freida Mock

Bay of All Saints, documentary from Brazil, with filmmaker Annie Eastman

Buddha Collapsed Out of Shame, drama from Afghanistan

Tall as the Baobab Tree, drama from Senegal, with filmmaker Jeremy Teicher

This is Us, bonus free screening of short documentary with filmmaker Jeremy Teicher and co-producer Alexi Pappas

The Festival was introduced by former astronaut and Distinguished Educator in Residence at Boise State University, Barbara Morgan.

Meagan Carnahan Fallone, Senior Advisor of the Barefoot College, presented the inaugural Bonni Curran Memorial Lecture for the Health and Dignity of Women.

A new feature, Filmmaker Retrospective, was inaugurated with Allison Shigo presenting her Emmy Award-winning film, A Walk to Beautiful.

Anxaira Rojas, a nurse-midwife from the Philippines and recipient of the Friends of UNFPA International Award, spoke on her work in typhoon crisis relief.

As part of a new collaboration with Boise State University, Rafea, Solar Mama was presented on campus with Meagan Carnahan Fallone. Anxaira Rojas made a separate presentation.

A satellite festival was held in Wilmette, Illinois, presenting Anita, A Walk to Beautiful with Allison Shigo, and Salaam Dunk, with the film’s subject, Ryan Bubalo. 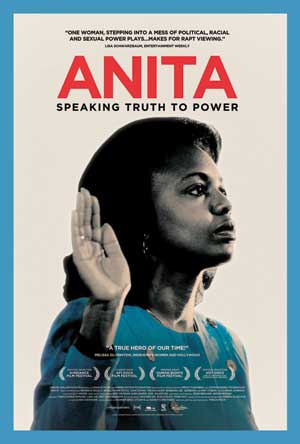 Weapon of War, documentary from Democratic Republic of Congo

The World Before Her, documentary from India with filmmaker Nisha Pahuja

Words of Witness, documentary from Egypt

The principal speaker was Kate Gilmore, Deputy-Executive Director of UNFPA, who presented a lecture on Women and War. 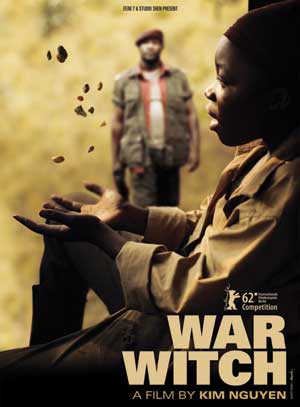 Box With Her, documentary from Tunisia

The Price of Sex, documentary from Bulgaria

In addition, Dr. Babatunde Osotimehin, Executive Director of UNFPA and Under-Secretary-General of the United Nations, attended the Festival and made remarks before the films. 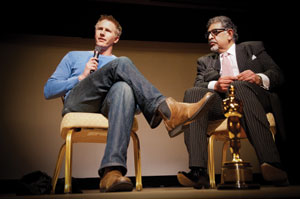 The principal speaker was Robert Engelman, Vice President for Programs for the Worldwatch Institute.

In January of 2011, No Woman, No Cry, a documentary by Christy Turlington was screened as a free public presentation at The Sun Valley Opera House. Dr. Thomas Burke, Harvard Medical School Professor and advisor to the governments of Liberia, Zambia and South Sudan, discussed maternal mortality with Arlene Samen, nurse practitioner and Founder of One Heart-World-Wide.

The Maid, award-winning drama from Chile

In addition, three short films from the BBC series Women on the Frontline about gender-based violence screened at Community School. Co-sponsors, The Advocates and the Wood River Religious Leaders Alliance, conducted a panel discussion afterward.

Lumo, from The Democratic Republic of Congo with filmmaker Bent-Jorgen Perlmutt

A Walk to Beautiful, Emmy-winning film from Ethiopia with filmmaker Allison Shigo

Pray the Devil Back to Hell from Liberia

My Home, Your War from Iraq

Dr. Amreen Hussain, a surgeon repairing debilitating injuries resulting from unattended childbirth in Eritrea, spoke to the general public at The Community Library. 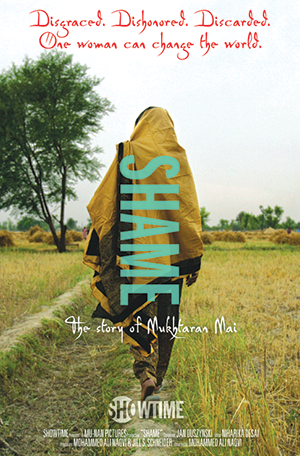