Films Shown at The Nairobi Conference: 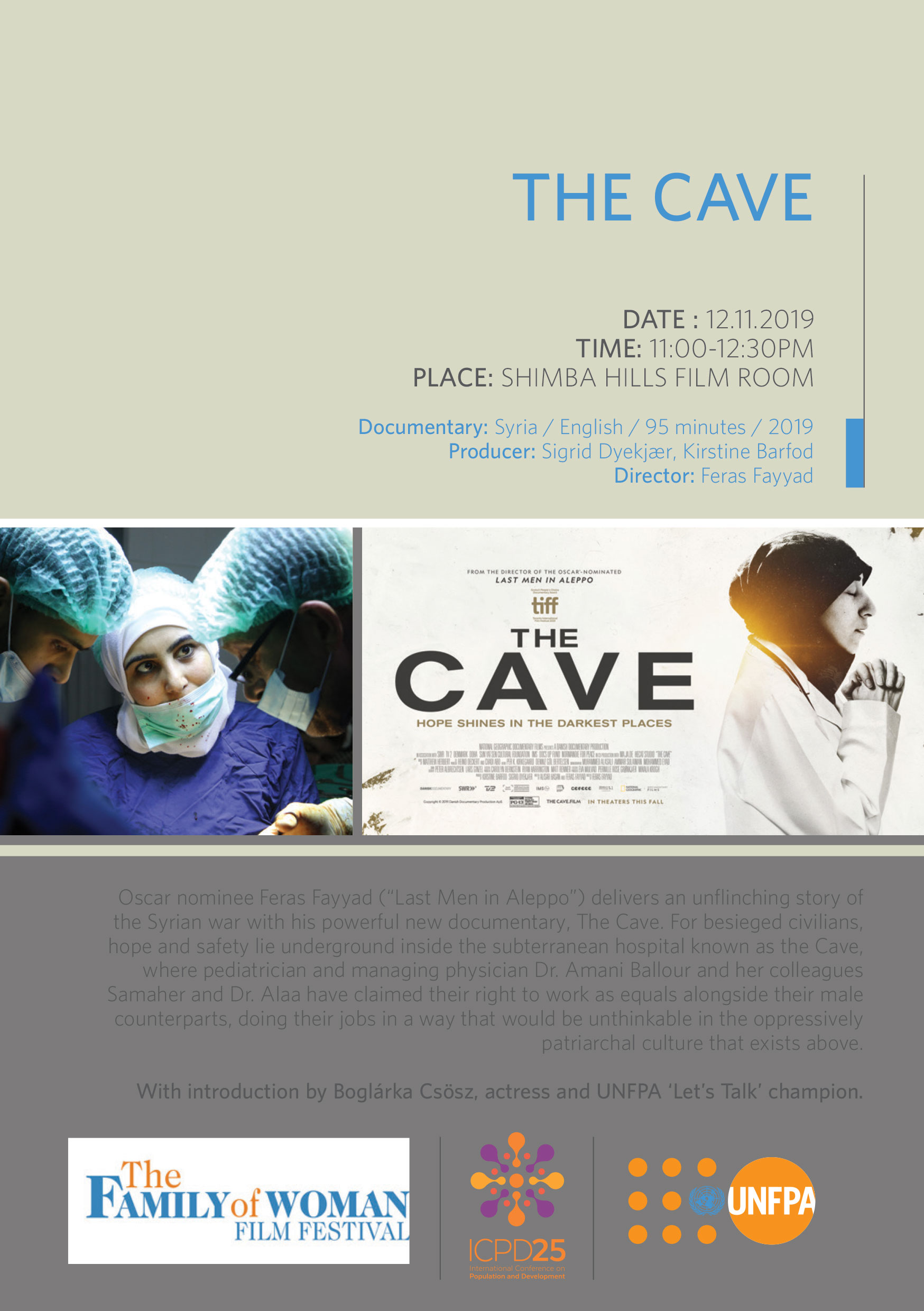 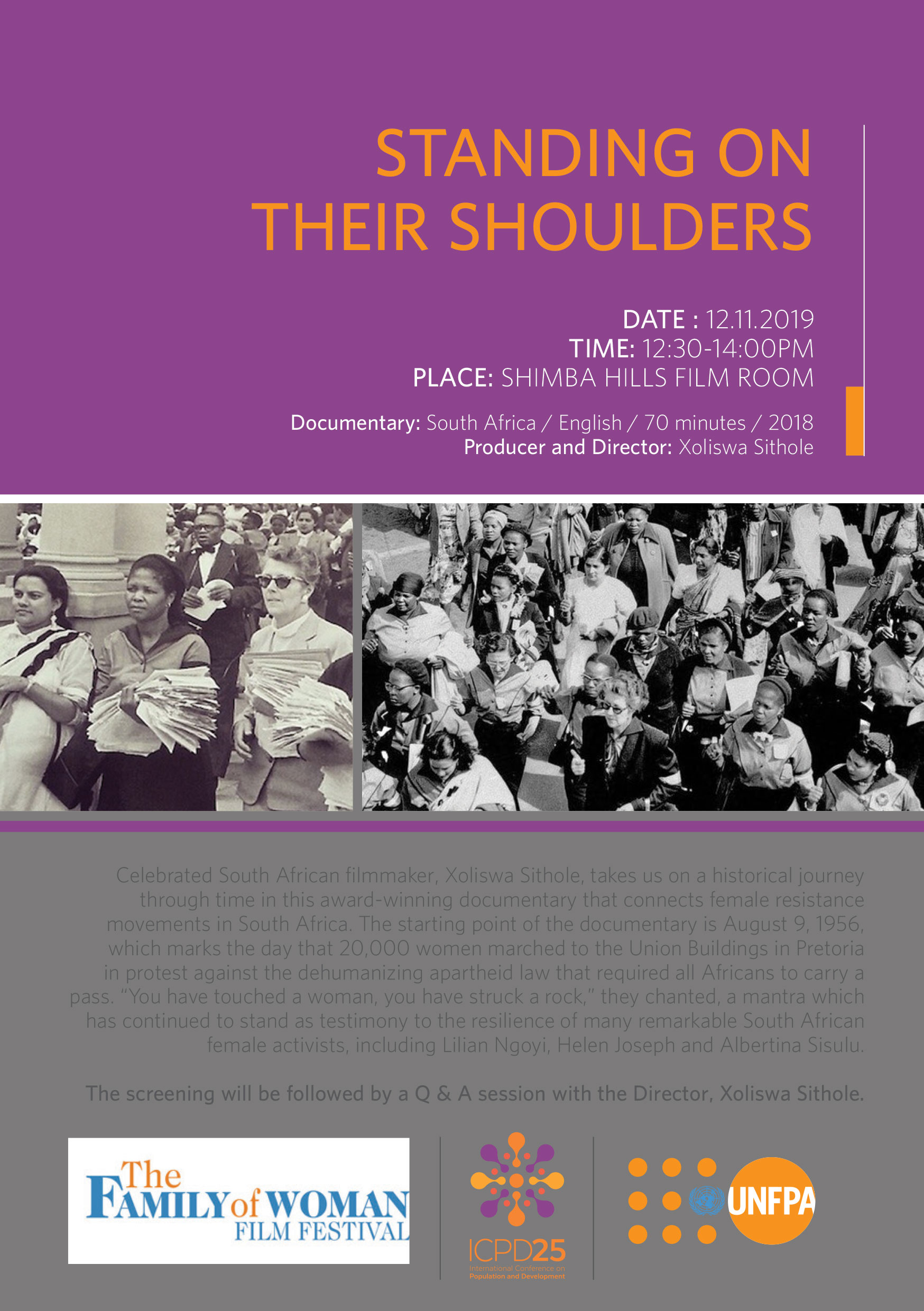 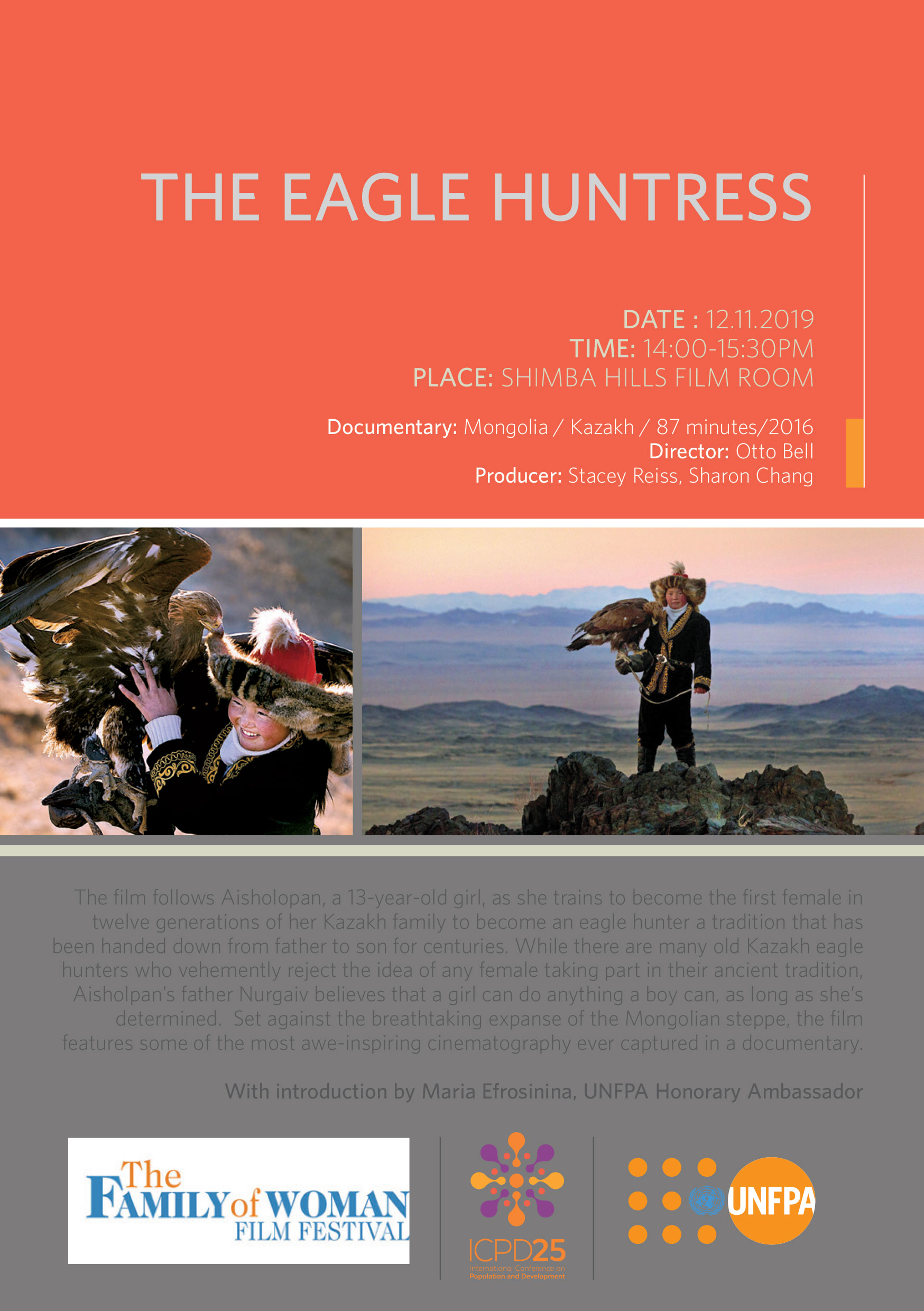 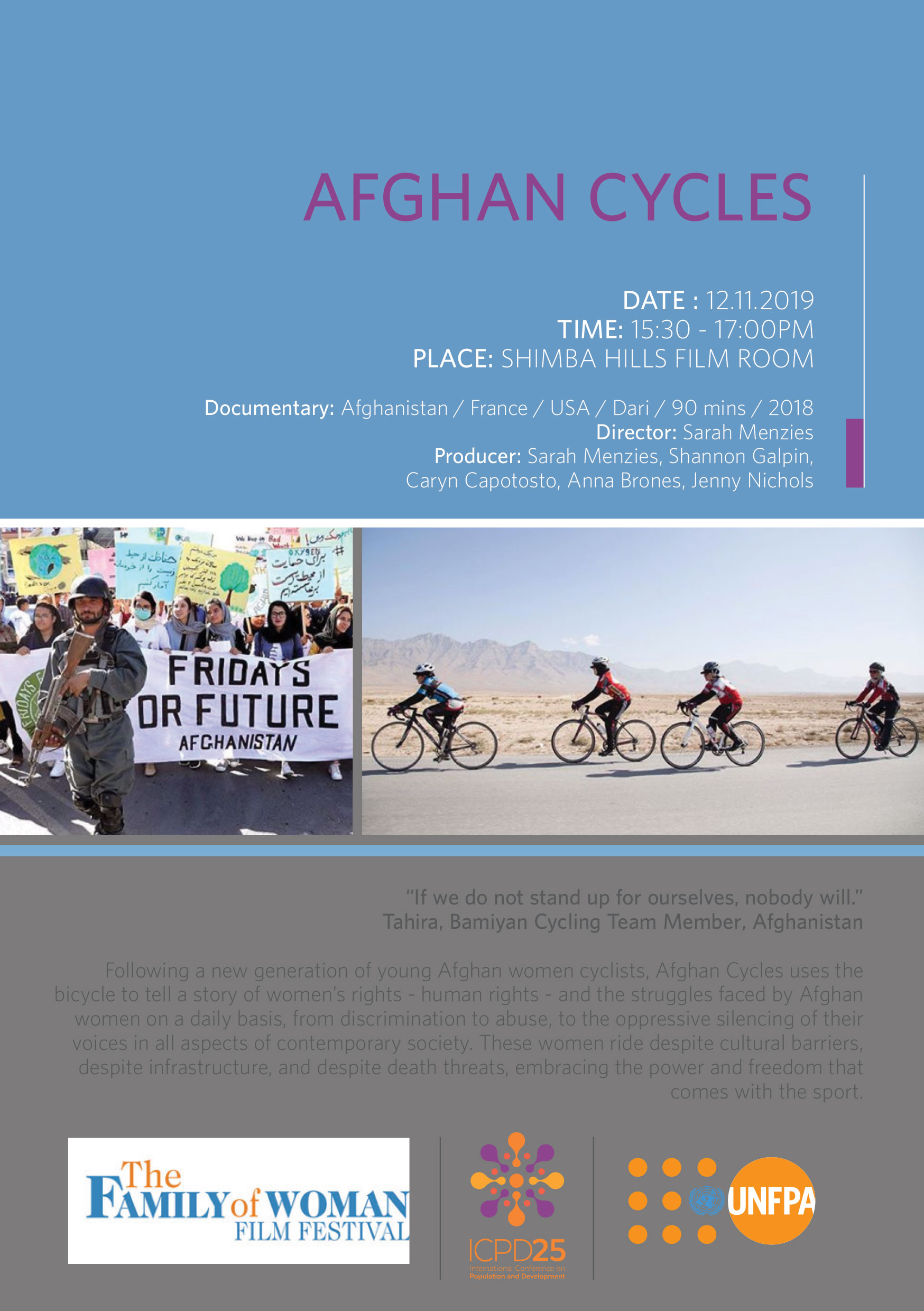 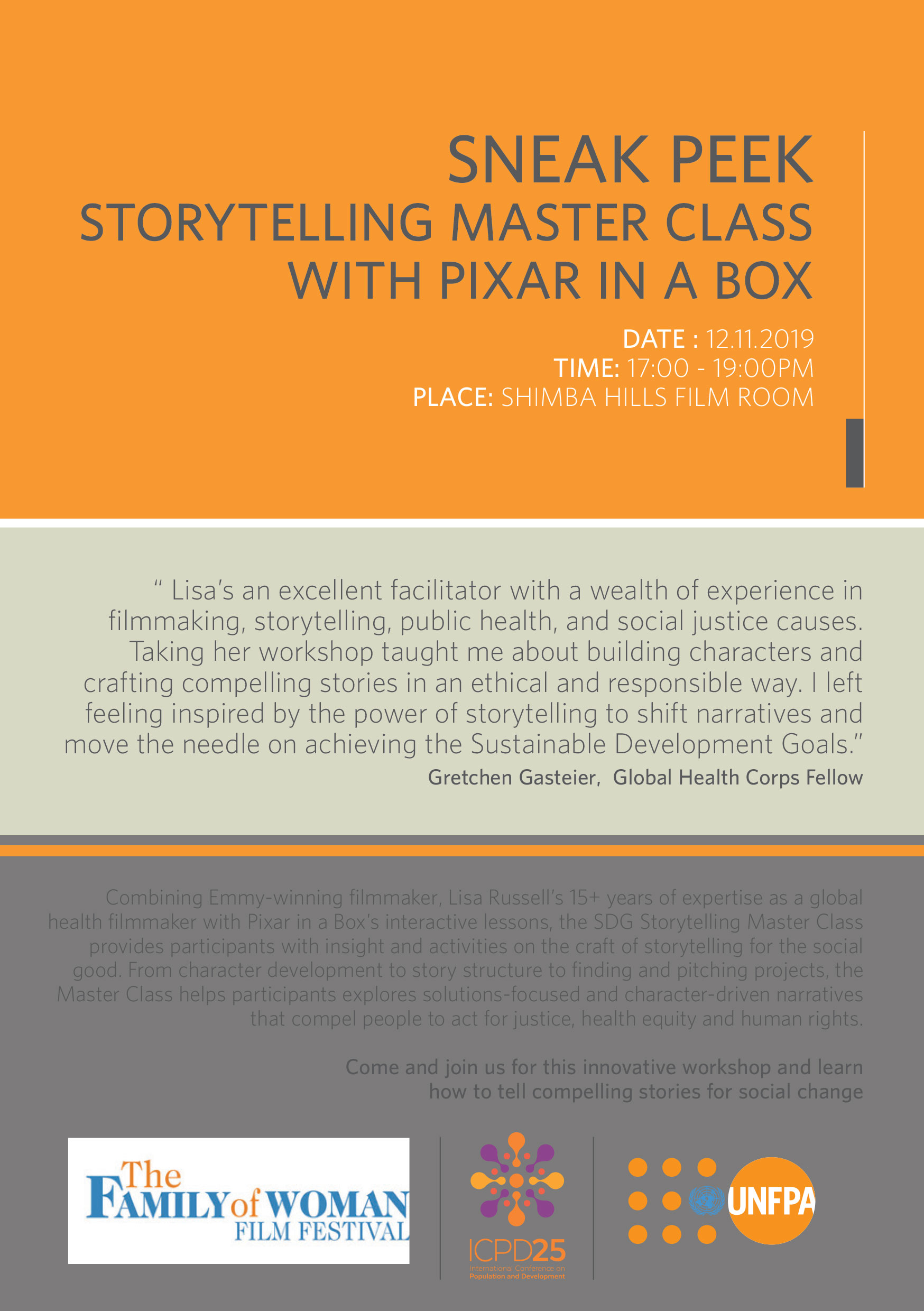 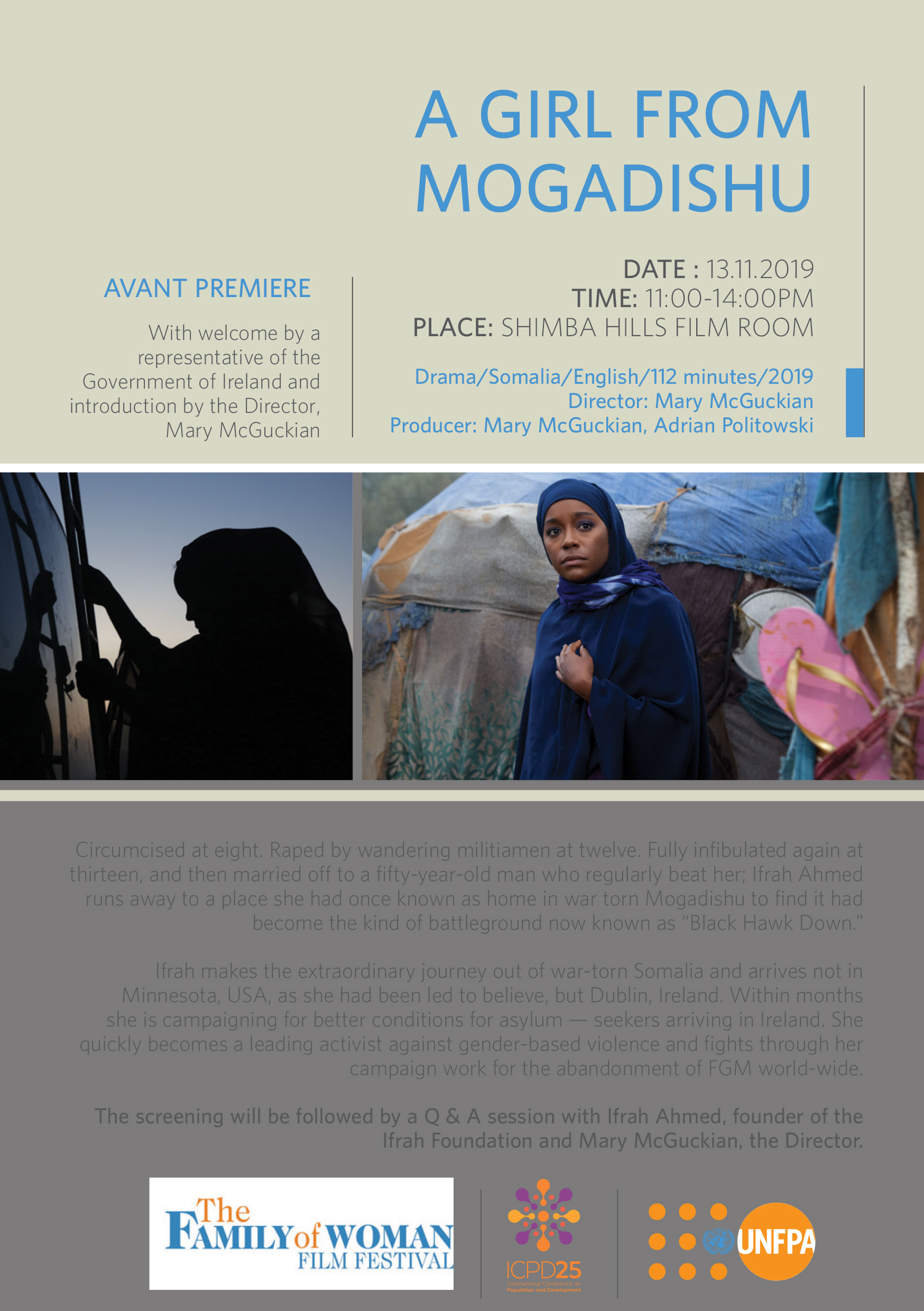 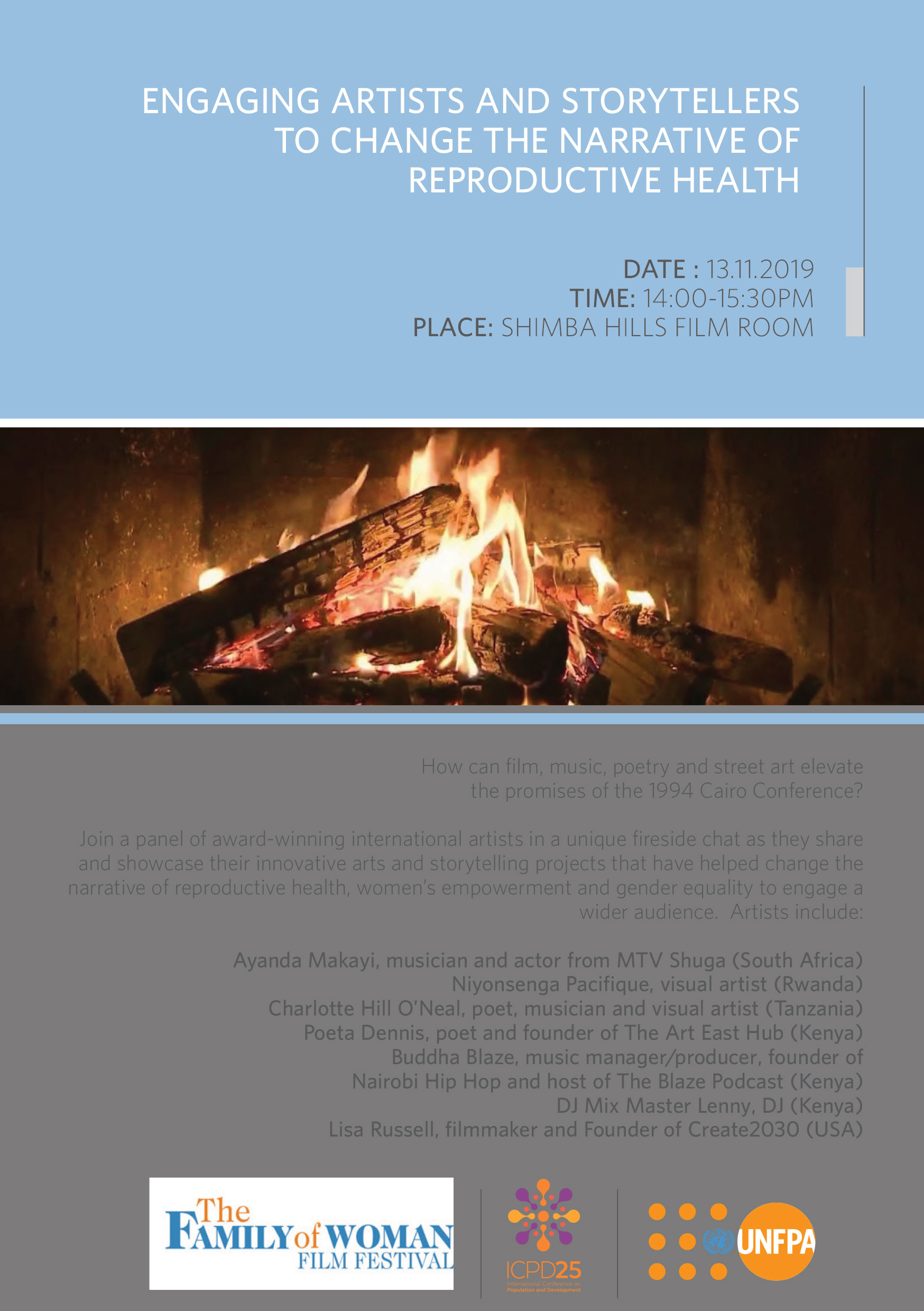 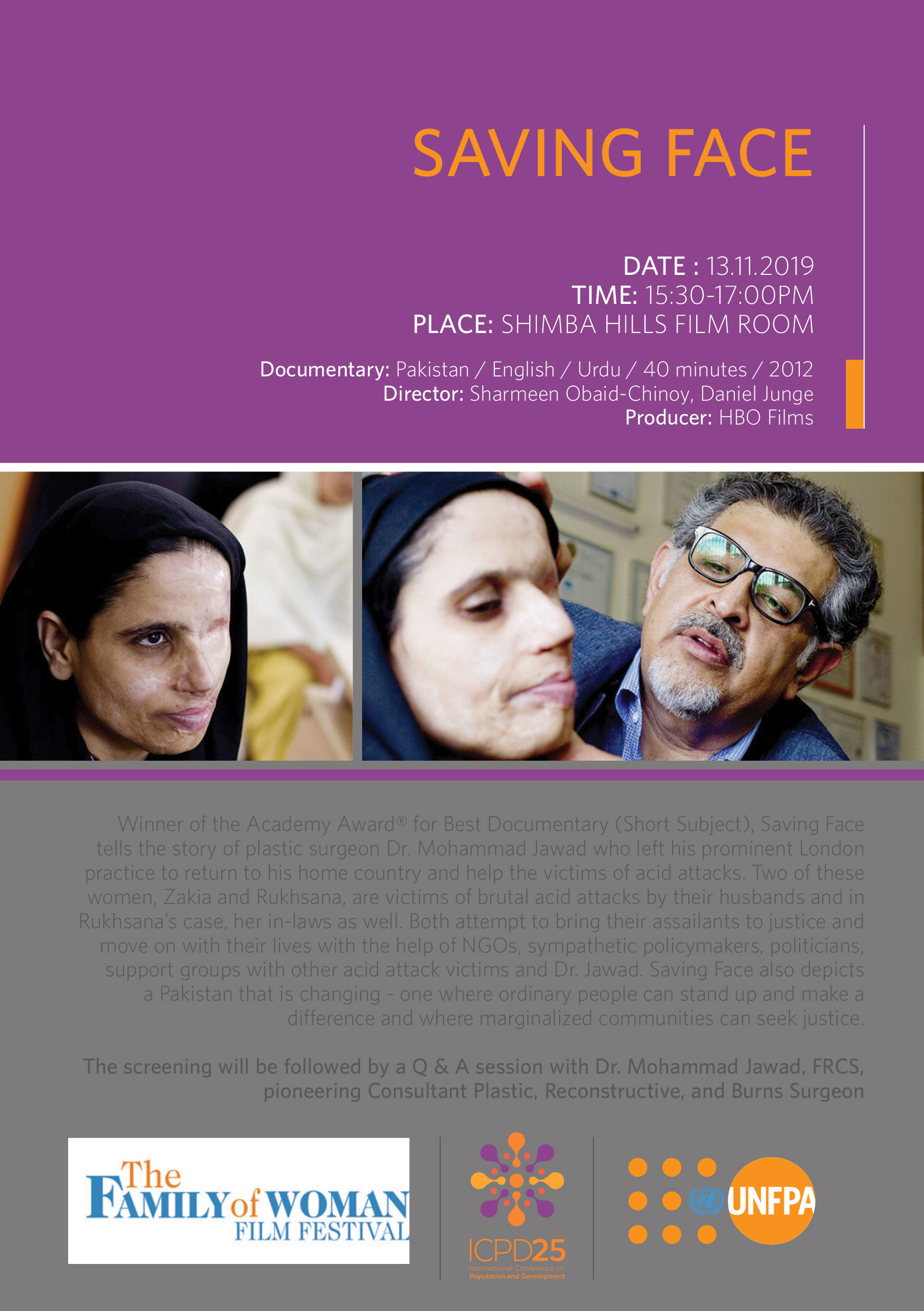 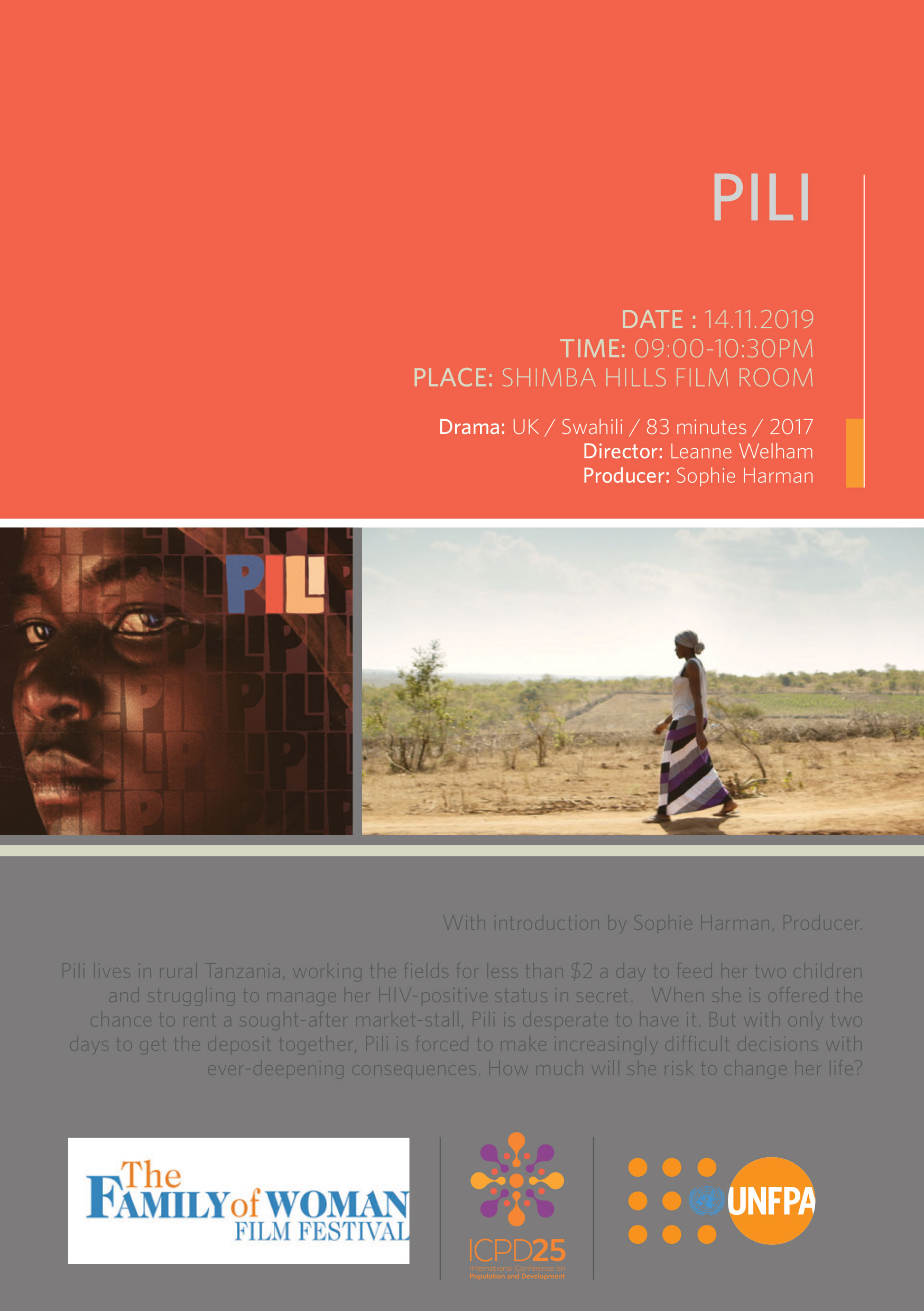 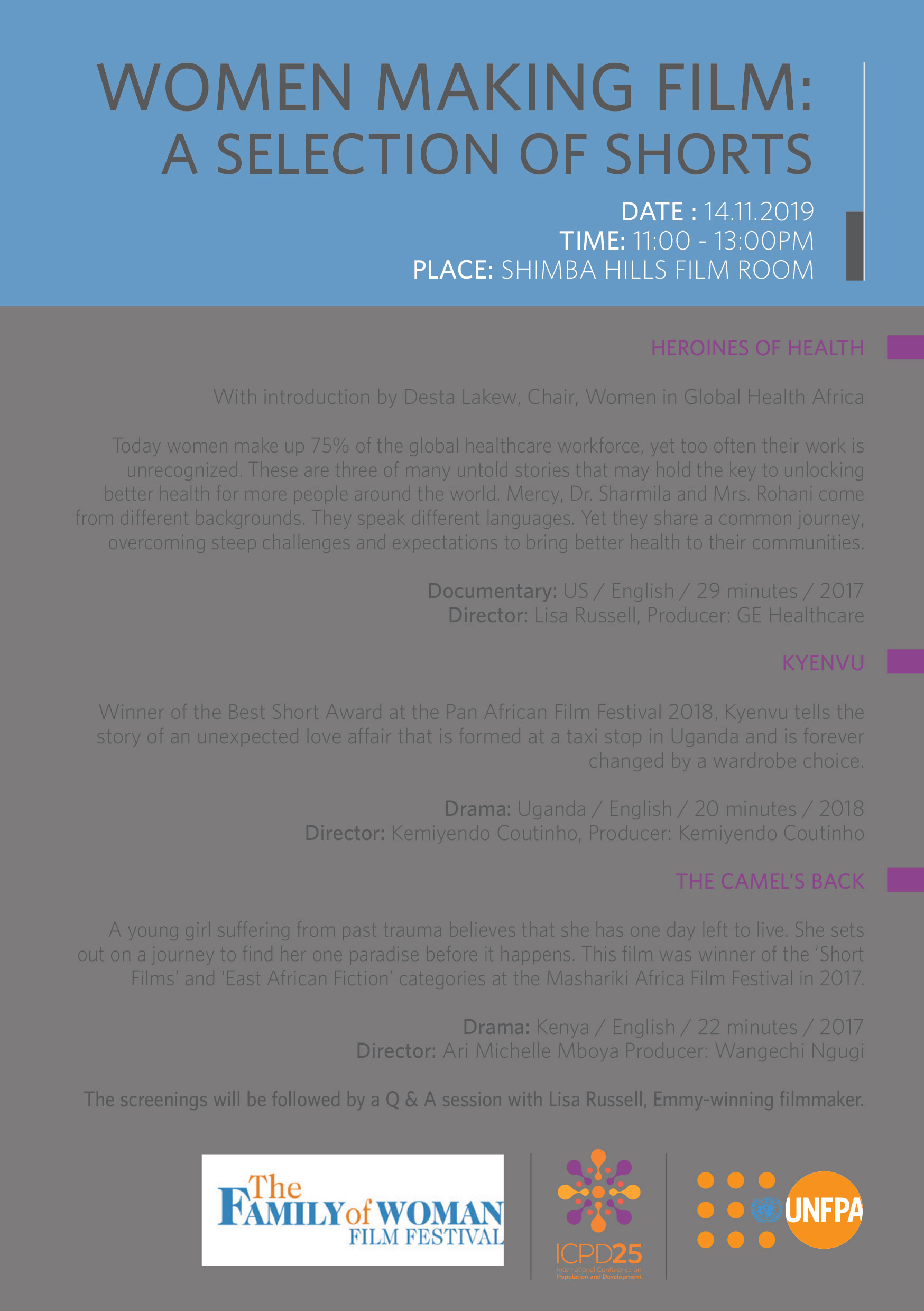 Family of Woman at the Summit

UNFPA, the United Nations agency for reproductive health and women’s rights, presented Nairobi Summit on ICPD25: Accelerating the Promise, in Nairobi, Kenya, from the 12th to the 14th of November, 2019, on the critical anniversary of the landmark 1994 International Conference on Population and Development (ICPD) in Cairo. 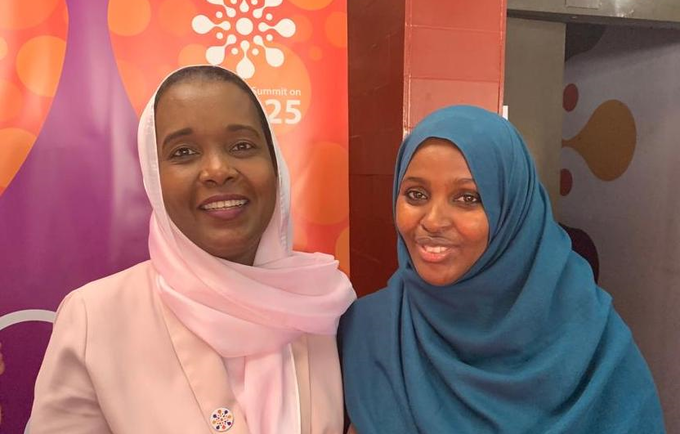 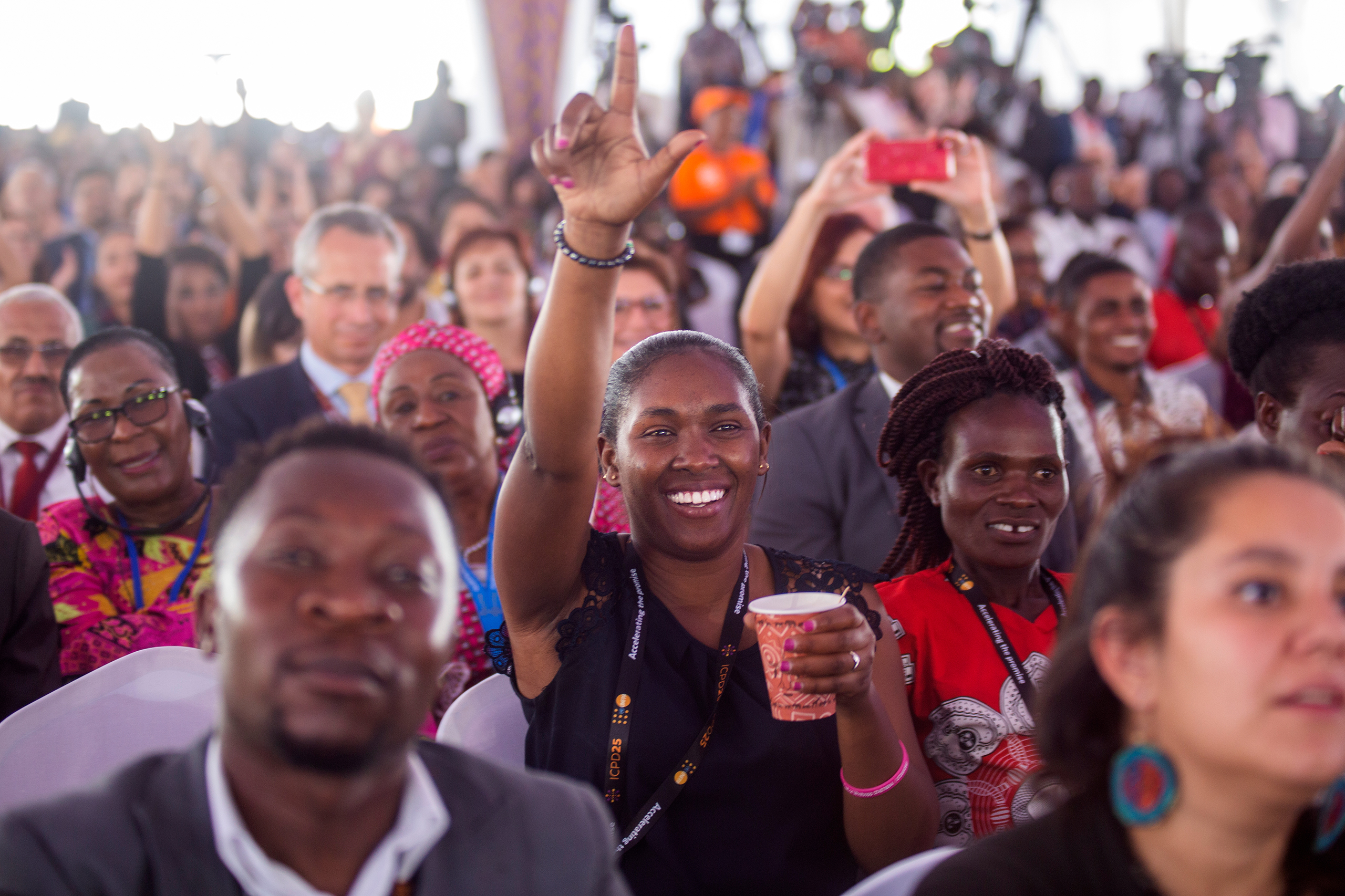 Working with UNFPA staff, 11 feature-length and short documentaries and dramatic films were presented. Interactive discussions were held, featuring award-winning filmmakers, artists and musicians. Highlights included the presentation of Academy Award winning documentary, Saving Face, first shown in Sun Valley in 2012. Dr. Mohammad Jawad, the subject of the film, offered to go to Nairobi to lead a discussion following the film, The Eagle Huntress, which was presented in Sun Valley in 2017, received a standing ovation from a SRO audience.

In addition, we were able to present an advance premiere of The Girl From Mogadishu, a dramatic film based on the extraordinary life of anti-
FGM activist Ifrah Ahmed, pictured above on the right with Moumina Houmed Hassan, representative from Dijibouti. The film was introduced by Ambassador Fionnuala Quinlan of Ireland, where Ifrah found asylum, and was followed by a discussion with Ifrah and director Mary McGuckian. As a result of the screening, Ifrah was invited to screenings of the film in Somalia and Denmark.

We also arranged to present one of the first screenings of The Cave, a feature-length documentary about the courageous work of Dr. Amani
Ballour and her colleagues in a subterranean hospital in Syria. Syrian delegates to the conference felt the film was biased, but after a
moderated discussion, were satisfied that the film did not take a political position, but focused on the hardships saved by civilians during
conflicts. In January of this year, The Cove was nominated for an Academy Award as Best Documentary.

UNFPA, the United Nations agency for reproductive health and women’s rights, presented Nairobi Summit on ICPD25: Accelerating the Promise, in Nairobi, Kenya, from the 12th to the 14th of November, 2019, on the critical anniversary of the landmark 1994 International Conference on Population and Development (ICPD) in Cairo. 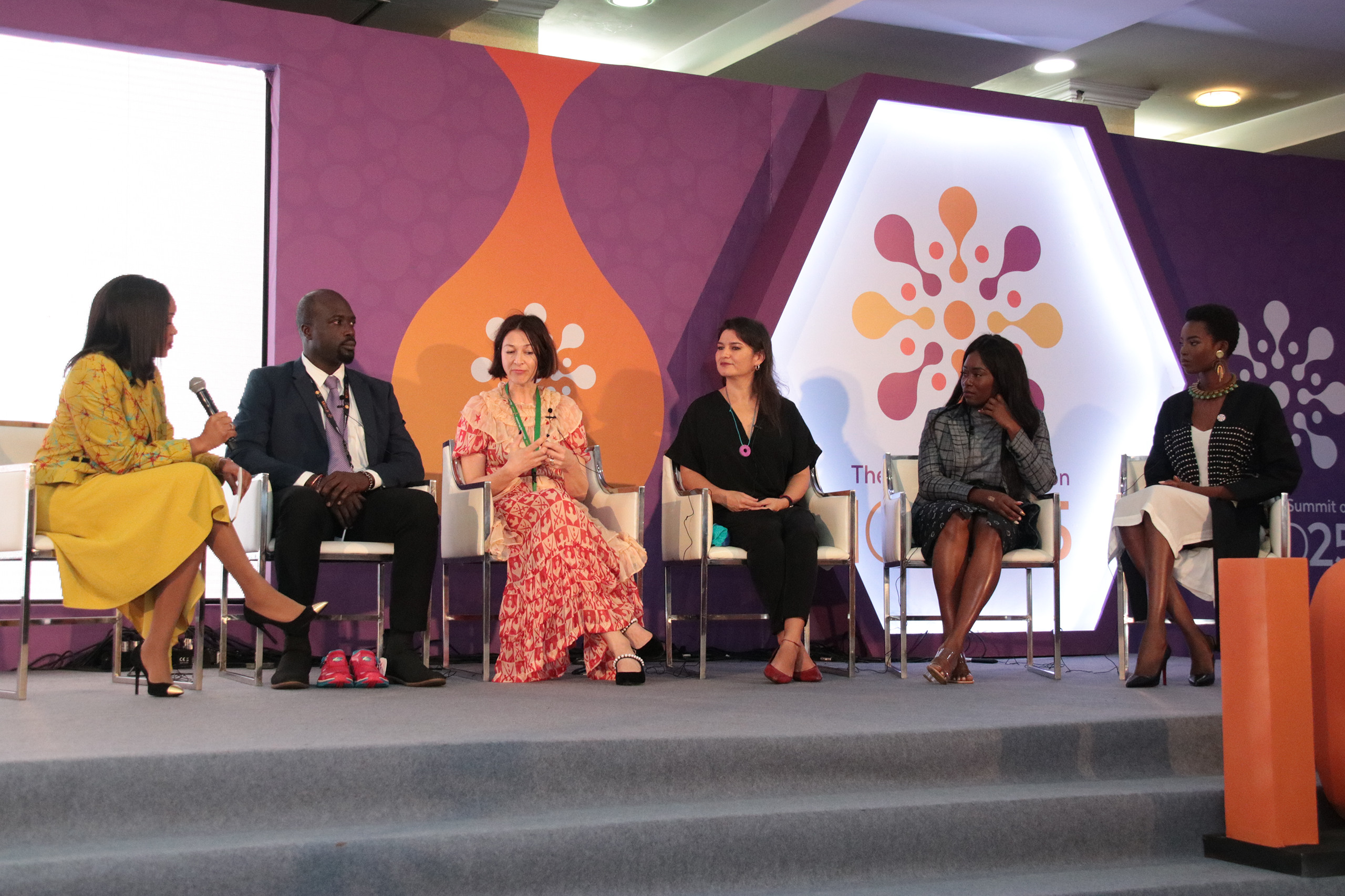 More than 8,300 delegates, from over 170 countries and territories, attended this unique multi-stakeholder Summit. 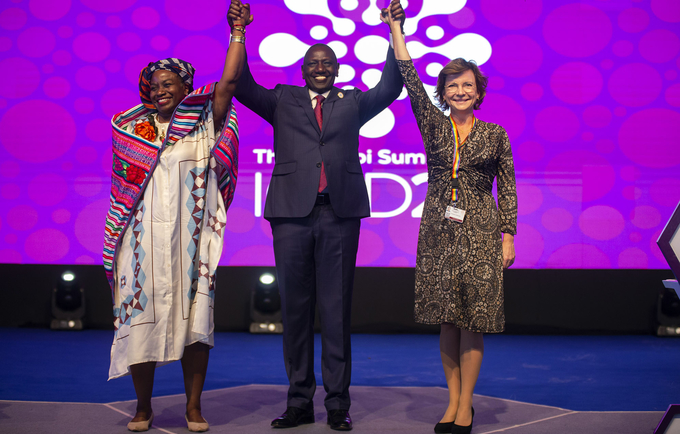 More than 8,300 delegates, from over 170 countries and territories,
attended this unique multi-stakeholder Summit. Almost 150 program sessions were held with over 600 speakers, including heads of state and government, royalty, ministers, parliamentarians, UN senior leadership, leaders of communities, and representatives from the private sector, civil society, youth networks, and philanthropic and faith-based organizations.

The Nairobi Summit highlighted how the ICPD Program of Action is crucial in guiding population and development. More than 1200 concrete commitments were made to help ensure sexual and reproductive health and rights for all by 2030. Donor countries pledged around $1 billion in support to sexual and reproductive health and gender equality programs. Private sector firms agreed to mobilize a combined $8 billion.

Many other pledges were made that were much more than financial.
Organizations, governments and businesses also put forward bold, visionary
plans. For instance, Kenya, the host country, pushed forward its deadline to end
female genital mutilation, now calling to end the practice by 2022, eight
years earlier than its previous target. 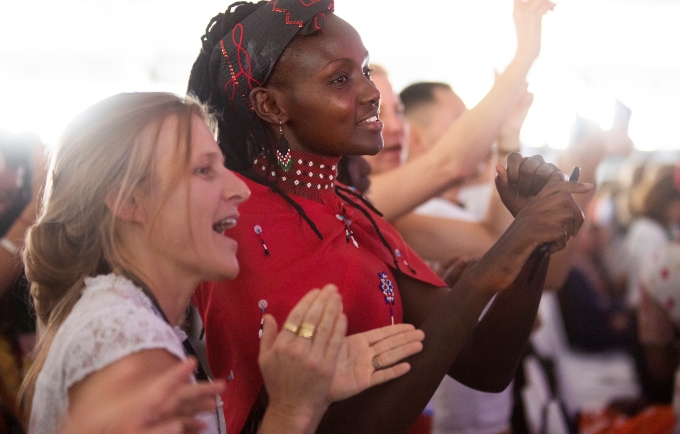