Politicians aren’t usually immigrant grandmothers working full-time service jobs, but Carmen Castillo proves the exceptions when she wins a seat on the city council in Providence, Rhode Island. A Dominican immigrant, Carmen maintains her job cleaning hotel rooms as she takes on her new role in politics.

Castillo must face skeptics who say she doesn’t have the education to govern corporate interests who take a stand against her fight for a city minimum wage of $15/hour, and a tough re-election against two contenders. In her own voice, Carmen Castillo takes the audience behind the scenes of her political campaign, her housekeeping work, and the interactions of her personal life. One moment, she is vacuuming a hotel room, then racing home to put on a suit before heading for city hall. We are with her every step of the way. 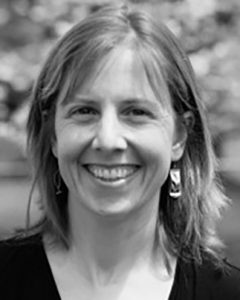 Director Margo Guernsey has known Carmen Castillo for 18 years. They met when Guernsey was an organizer for Carmen’s union, UNITE HERE. “I was able to access the tools to tell Carmen’s story due in large part to my college education and that I was raised in a stable white middle-income family,” Guernsey says. “How can I listen deeply to Carmen and tell her story within the context of her life experience, as opposed to my own?”

Margo began her film career in 2010 as a producer at WPBT2 (Miami). Councilwoman is her first feature documentary. Since 2012, she has worked freelance as a director and producer of industrial videos in the Boston area. For over 20 years, she has worked as a union organizer, non-profit development director, Spanish/English translator, and media instructor. She holds an MFA in Film (University of Miami), MA in History (UMass/Amherst), BA in History (Brown University), and is a Tribeca/Camden/CNNFilms Retreat Alumni. 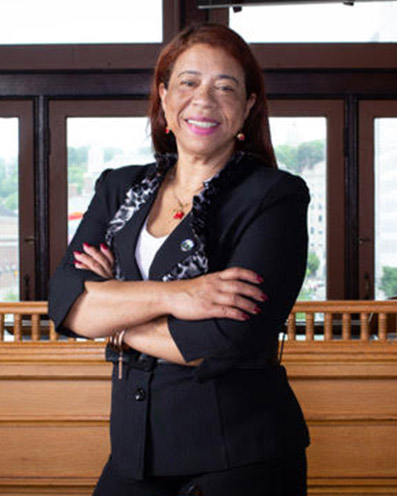 Castillo has been a member of the Providence City Council since 2010. She was born in Santiago, Dominican Republic, and emigrated with her three daughters to the United States over 20 years ago. After arriving in Rhode Island, she settled in Ward 9 in Providence, which she represents on the council.

While working at the West Hotel (now Omni), Castillo organized her fellow workers and helped form a union to garner higher wages, respect, and a better future for service employees and their families. Currently, she is a union steward and member of the executive board for UNITE HERE, Local 217. She has been active in her community for many years, advocating for the rights of immigrants, workers, and women, promoting neighborhood schools and fighting school closings, as well as focusing on improving city services and bringing more services to the war she represents. 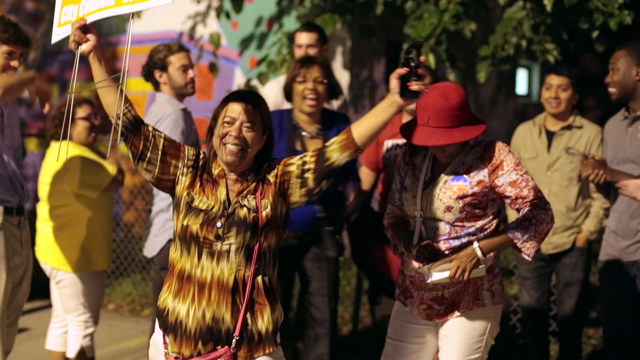 For over 30 years, the all-female Apache 8 unit has protected their reservation from fire, as well as responding to wildfires across the nation. The group has earned the reputation of being fierce, loyal, dependable—and tougher than their male colleagues. Facing both gender bias and the problems that come with life on an impoverished reservation, the women are some of the country’s most elite firefighters. Director Sande Zeig combines archival footage and present-day interviews to focus primarily on four women from different generations of Apache 8 crew members, who speak tenderly, and often humorously, of hardship, loss, family, community and pride in their profession. The film will be followed by a discussion with Sande Zeig and firefighter Katy Aday, who is featured in the film. 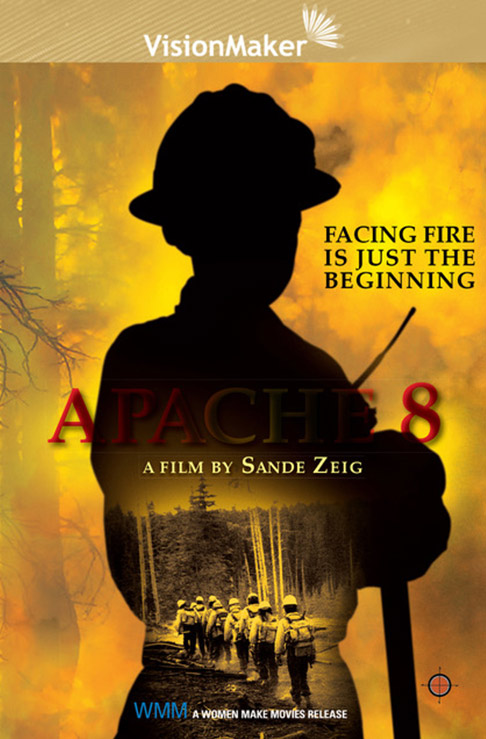 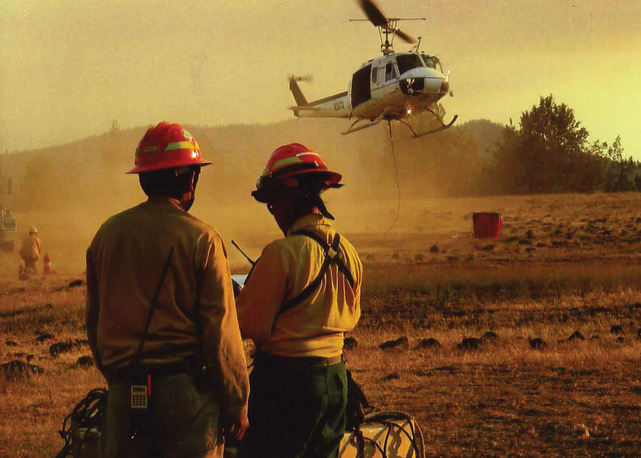 Haifaa al-Monsour is Saudi Arabia’s first female director. She burst into world view with her first feature film, Wadjda, about a young Saudi girl who becomes a student of the Koran in order to win a bicycle in a contest. The Perfect Candidate is a much more complex and nuanced film, with a story and a cast of characters who are so engaging, a viewer is left wanting a sequel.  The film starts with a problem increasingly irritating Maryam, a young woman Saudi doctor: an unpaved, rutted and constantly flooded street leading to the doors of her clinic makes access next to impossible for patients and ambulances alike. Frustrated by the failure of her entreaties to the local authorities to fix the problem, Maryam decides to run for her local city council to get things done.  She is assisted by her two sisters—the older an enthusiastic wedding player, and the younger a reluctant teenager—and also by the grandson of a crotchety old man he has brought to the hospital after an accident.  The elderly gentleman insists upon being examined by a real (male) doctor, and remains a thorn in Maryam’s side until he admits that he voted for her.  Maryam’s father is a professional musician, who is constantly on the road playing traditional music.  He and his best friend, another musician, become an amusing Greek chorus as Maryam’s campaign progresses, both agreeing that nothing can be done about daughters.   Because of the pandemic, the film has not had a commercial theatrical reason, so The Family of Woman Film Festival viewers will have a special opportunity. We have asked Ms. al-Mansour, who speaks English, to record an interview. Because of time differences, this will not be presented live. 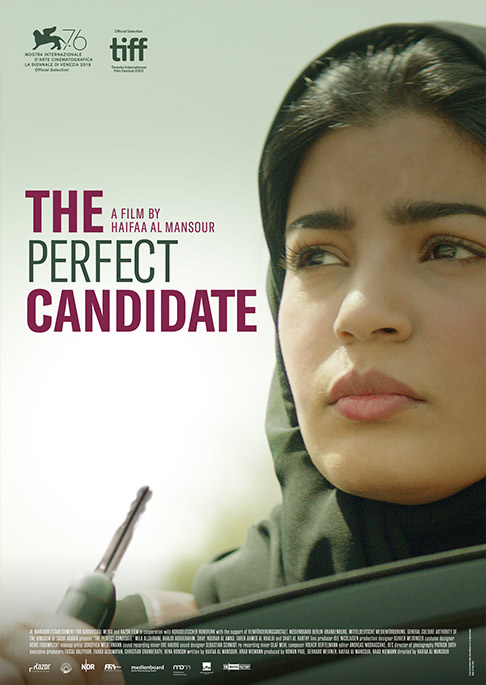 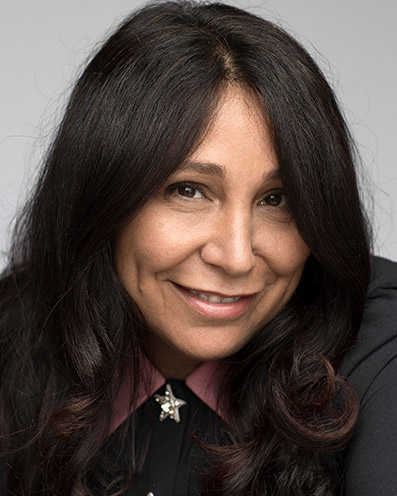 Haifaa-al-Mansour is regarded as one of Saudi Arabia’s most significant cinematic figures.  She studied comparative literature at The American University in Cairo and completed a master’s degree from the University of Sydney.  The success of her 2005 documentary, Women Without Shadows, influenced a new wave of Saudi filmmakers.  Her debut feature, Wadjdaˆ, is the first fictional feature film shot entirely in Saudi Arabia.  It received wide critical acclaim after its premiere at the 2012 Venice Film Festival and was selected as the first-ever Saudi Arabian entry for Best Foreign Language Film at the Academy Awards.  al-Mansour is the first artist from the Arabian Gulfregion to be invited to join the Academy of Motion Pictures in the USA. 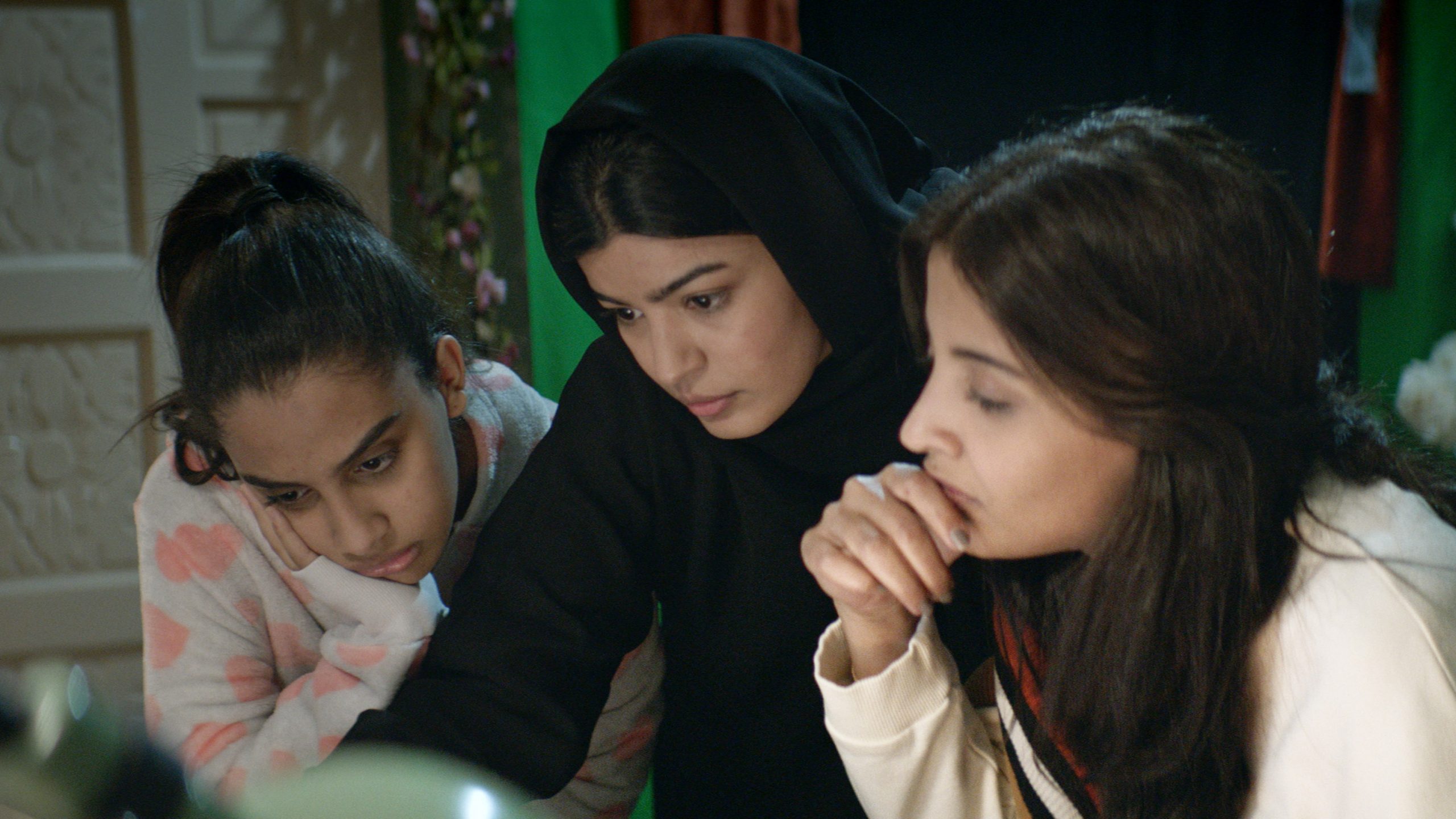 The King of Masks

The film is set in the 1930s, a time of political turmoil in the Sichuan province of China.  Wang, the King of Masks, is an elderly street performer, enchanting audiences with the complicated art of face-changing.  He illustrates Chinese folk tales by split second changes of a large repertoire of character masks.  Traditionally, the King of Masks passes down the secrets of the art to a son or grandson, but Wang has no heir.  At an illegal child market, Wang buys an orphan boy to become his adopted son and apprentice.  However, Wang soon learns his apprentice is actually a girl and sends her away—but she refuses to leave.  He reluctantly allows her to act as a servant, calling her “Doggie” and commands her to refer to him as “Boss”.  Doggie will do anything to gain Wang’s approval and surprises him by performing street acrobatics to draw a crowd.

Wang refuses, however, to share the secrets of the masks, and Doggie secretly tries to inspect them closely while the old man is sleeping.  In the process, she sets the sampan on which they live on fire.  Out of guilt, she runs away, and compounds her errors further by rescuing a kidnapped boy fated to be sold by kidnappers and takes him to Wang to be the grandson he desires.  Unfortunately, Wang is arrested as a kidnapper and thrown in prison, destined to be executed.   Doggie is determined to save him.  By this time, the audience is completely enraptured by the wondrous King and the amazing Doggie, and completely drawn into their exotic world.  A true classic,  The Kind of Masks won many international awards when it was released in 1995. 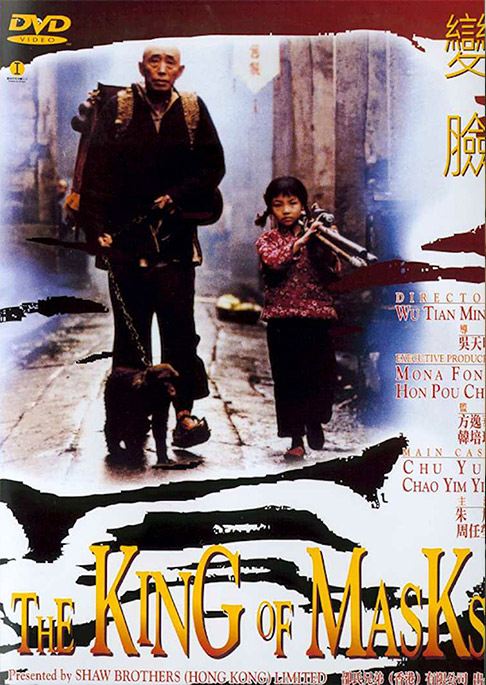 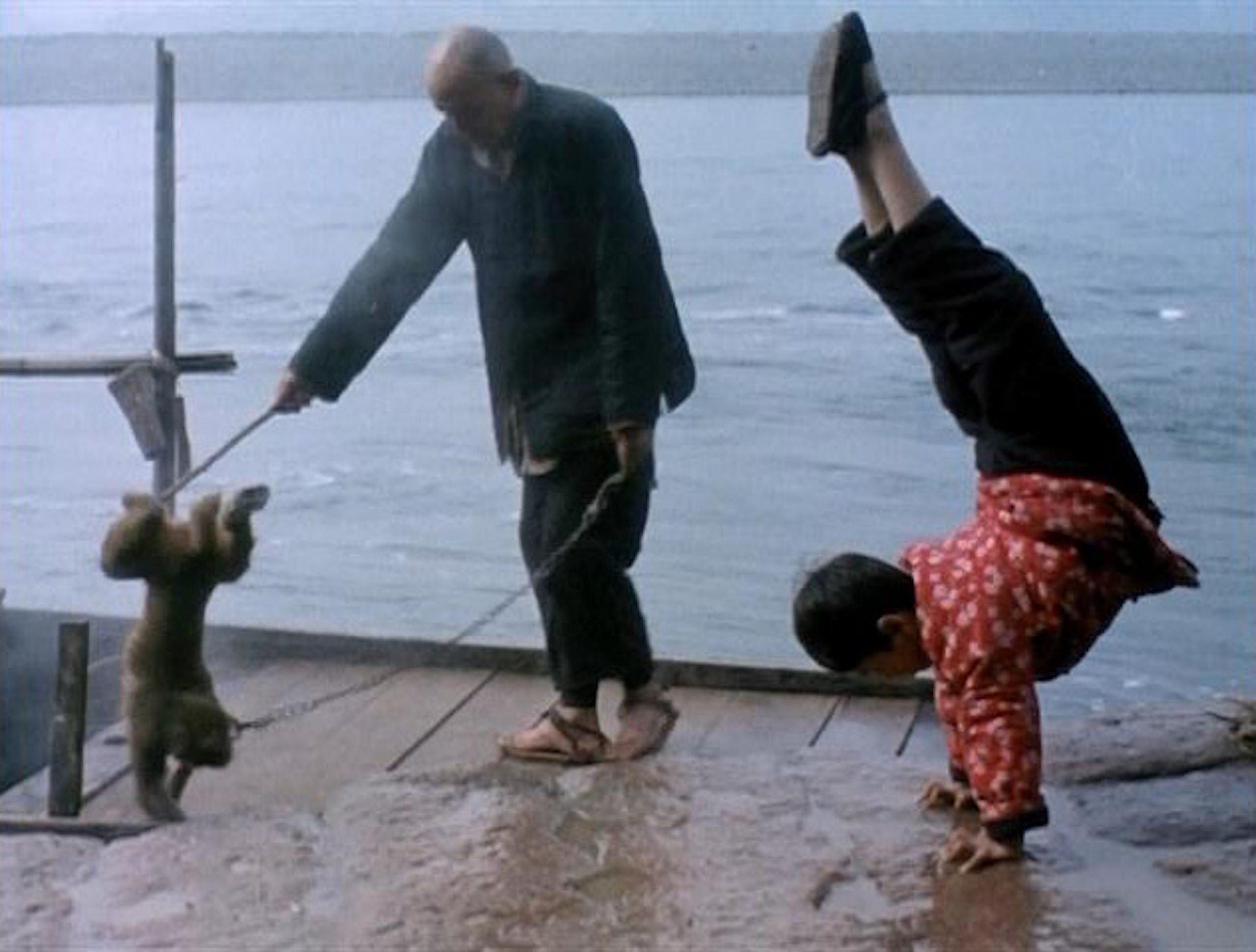 A Girl From Mogadishu

The Family of Woman Film Festival was proud to introduce this film at the UNFPA Nairobi summit in November. Click here to read all about the summit.

Based on a true story, the dramatization follows Ifrah Ahmed’s perilous journey as a refugee. Forced into an abusive marriage as a teenager, Ifrah has fled from this bondage, only to be rejected by her family. In the midst of civil war, she makes her way back to her home in Mogadishu to try to attempt a reconciliation  . Rejected by her father, her grandmother gives her some money and the telephone number of a relative in the U.S.

Bombs are falling amid complete chaos. Director Mary McGuckian portrays Ifrah’s escape from Mogadishu in frightening, documentary fashion: you are there, experiencing the terror Ifrah experiences. The viewer becomes firmly placed in Ifrah’s shoes as she makes a perilous journey to safety, with danger at every corner. Who can she trust to help her? At the edge of your seat each step of the way, deep insight is gained into the desperation and determination of refugees fleeing for their lives.  It is a shock when Ifrah doesn’t wind up in the US, but she has luckily landed in a haven where she realizes the potential buried inside of her.  Today, Ifrah is a leader in the campaign to end FGM (Female Genital Mutilation).  Mary McGuckian and Ifrah Ahmed are sheltering in the Republic of Ireland, and a recorded interview with them both after the screening is being arranged. 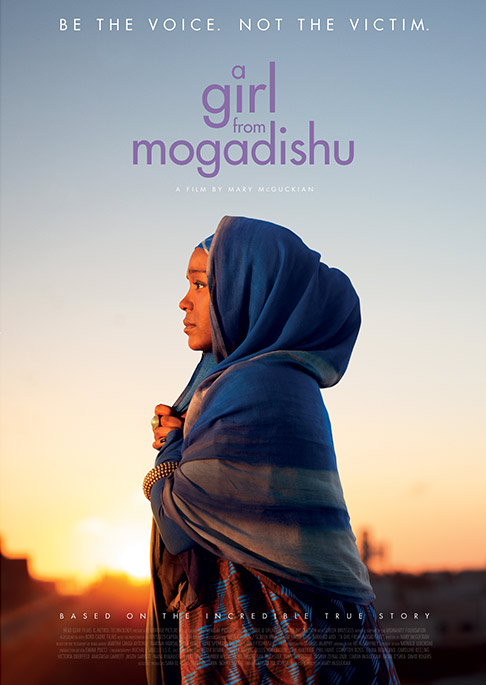 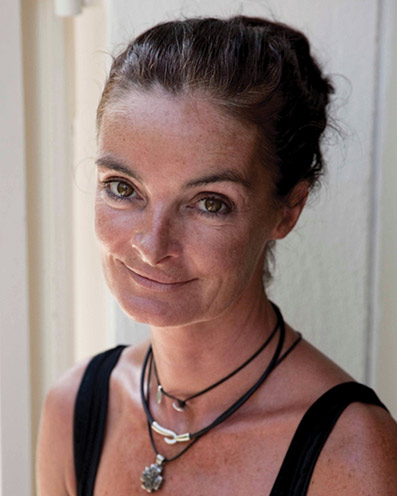 McGuckian has been producing, writing and directing feature films independently for over twenty years.  A Girl From Mogadishu is her twelfth film as an auteur – producer, writer and director.  Born and raised in Northern Ireland during the ‘troubles’, McGuckian completed her education in the Republic of Ireland at Trinity College, Dublin, taking a degree in engineering. At the same time, she became deeply involved with “Trinity Players”, appearing in over 30 productions, as well as producing, designing and directing.   Post graduation, she followed an autodidactic path in literature, theatre, acting and directing in London, Paris and Italy, including writing a number of avant-garde plays, the most acclaimed of which was a long-running stage adaption of Brian Merriman’s poem, The Midnight Corner.  In the early 1990s, she set up her own company, Pembridge Productions, to develop and produce feature film projects.  Active as a co-producer on many Irish feature films, the company also produced three pictures which McGuckian wrote and directed, Words Upon the Window Pane, This is the Sea, and Best.  Other films include Man on the Train, with Donald Sutherland; The Bridge of San Luis Rey, with F Murray Abraham, Kathy Bates, Gabriel Byrne, Geraldine Chapin, Robert De Niro and Harvey Keitel and The Price of Desire, a dramatization of the inception of 20th century architecture. 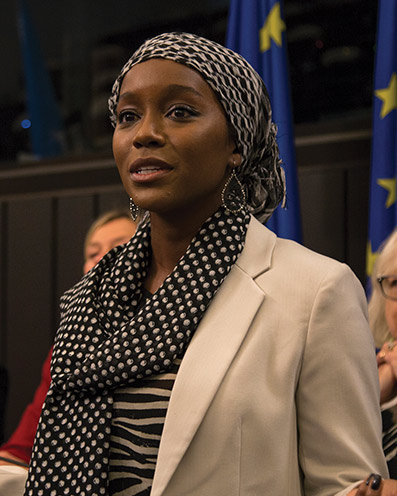 Ahmed left Mogadishu at the age of 17, and was granted refugee status in Ireland in 2006. Ahmed has established the United Youth of Ireland in 2010, an NGO for young immigrants, and the Ifrah Foundation, which is devoted to eliminating Female Genital Mutilation.  Since 2016, she has been a Gender Advisor to the Prime Minister of Somalia.

The United Youth of Ireland provides support to young immigrants in their business, artistic and creative pursuits.  Through the Ifrah Foundation, Ahmed continues to advocate for the eradication of FGM in her native Somalia. Her work includes raising awareness through producing media content to highlight the negative impact of FGM. In July 2018, in collaboration with the Global Media Campaign to end FGM, Ahmed produced a short documentary on the death of 10 year old girl due to complication resulting from FGM.

Additionally, Ahmed has been involved in organizing various events, workshops, fundraisers and seminars. Ifrah Foundation has partnered on impactful projects with international NGOs, and has formed strategic partnerships with governmental agencies on policy and legislation. Her focus over the past four years has been to deliver programs in Somalia providing evidence-based results that inform Ifrah Foundation’s proposed national action plan for the abandonment of FGM/C in Somalia.

Ahmed was awarded with a People of the Year Award in 2018 for her work. 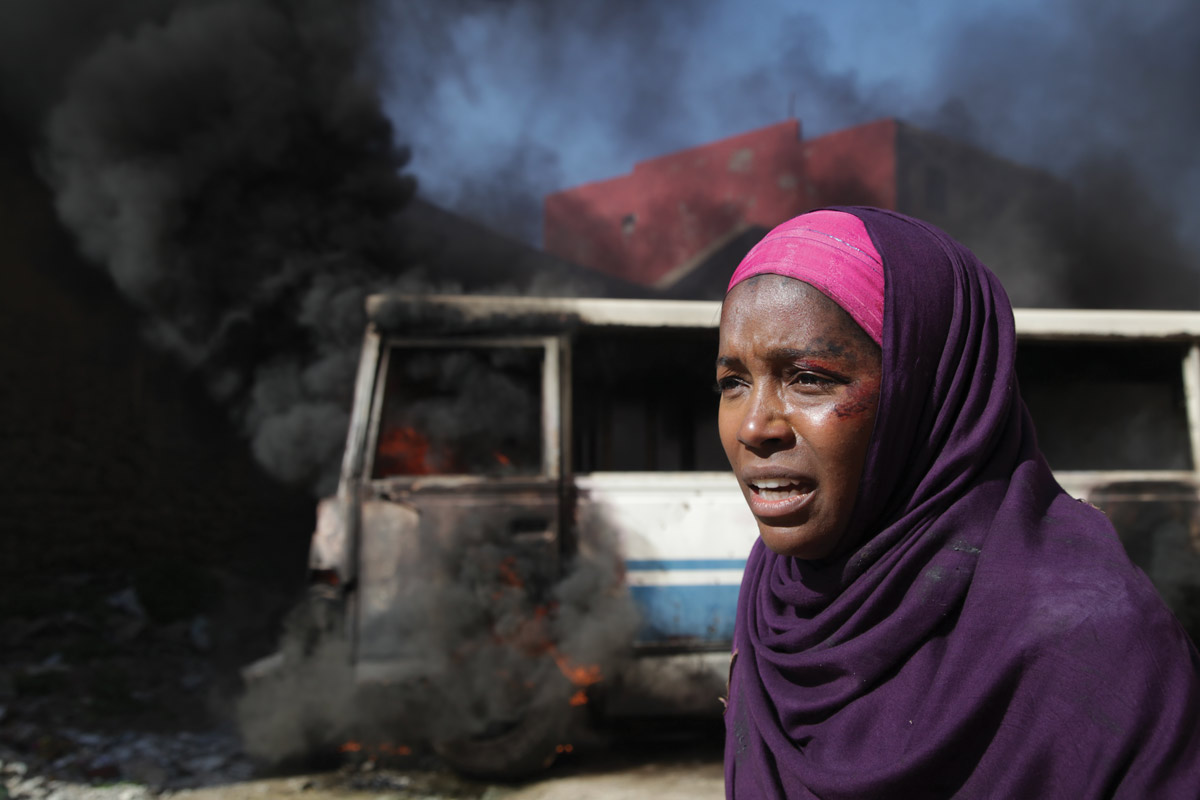